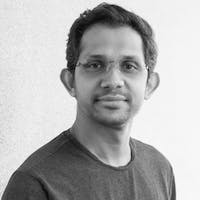 Subscribe to my newsletter and never miss my upcoming articles

Did you know that Python is one of the most commonly used programming languages at Animation and Film Visual Effects studios? Read on to find out more...

Did I ever apply for a job at an animation/visual effects studio? Nah, I am not an artist. I am a programmer!

A vast majority of the answers I got during my interaction with graduates who are fresh out of college or experienced programmers when I ask if they ever explored opportunities in the entertainment industry were on similar lines.

For those who are informed about the gaming industry, the immediate answer is

My primary interest is not computer graphics!

Some of these assumptions are due to the limited awareness about programming roles in the Media and Entertainment Industry our educators and institutions failed to fill in.

Film production has evolved rapidly over the last few decades and moved to completely digital formats from shoots to final post-production. Hence, there is increased demand for programmers in movie production, whether it's animation or live-action.

To make the process cost-effective, studios transform into technology companies that make movies rather than the other way around, which led to increased demand for in-house developer teams.

Below is a non-exhaustive list of some of the roles in an animation/visual effects studio.

They form the bridge between the artists and the R&D team. The Pipeline developers are responsible for developing workflows and tools used by Artists on a day-to-day basis.

Production Engineers develop asset management systems used by the studio. The skillset is quite identical to that of a full stack developer. Depending on the studio, a Pipeline TD might do a subset of the tasks a Production Engineer does and vice versa.

Core computer graphics applications used for digital content creation. Most of the big league studios develop their software in addition to commercially available solutions from companies like Autodesk, Foundry, and Adobe.

Apart from the above, studios have started exploring machine learning use cases in content creation and business intelligence. Hence there is a growing demand for developers skilled in Machine learning and AI as well.

Python in Media and Entertainment

As you might have noticed, there is a significant demand for Python programmers in Media and Entertainment. As part of your job, you will also be learning how to use the APIs of different commercial applications like Maya/Nuke/Blender, some of the industry-leading applications used for bleeding-edge animation and visual effects. Those who are curious to explore their creativity would find the Python developer roles in Media and Entertainment highly satisfying and rewarding, not to mention the moment of joy while watching your name roll along with credits on some of the blockbusters that you enjoy.

Opensource in Media and Entertainment

A little know fact about Media and Entertainment is the plethora of open-source technologies used in making movies. In addition to open-source Frameworks and Toolkits, you also get a chance to fiddle around with open-source software like Blender, which revolutionized indie animation film making. Initiatives like the Academy Software Foundation has also enabled steady growth and maintenance of these technologies and are a perfect playground for developers who wish to try a new domain that is fun and satisfying.

Are you a Python programmer who is curious to know more? Let me know in the comments below.